A HISTORY OF CONCRETE HOMES 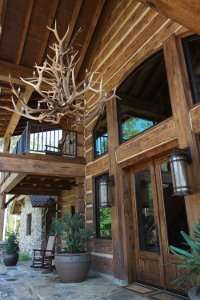 Concrete homes have been around for thousands of years. The Egyptians used an early form of gypsum concrete mortar over 5,000 years ago to build The Pyramids. The Greeks and Romans advanced the use of concrete beyond just a mortar mixture for use between stones when building houses and began using it to build entire structures that still stand today – including the Colosseum and the Pantheon.

In 1824, Portland Cement (named after a rock quarry in Portland, England that produced very strong stone) was invented by Joseph Aspdin. In 1891, George Bartholomew placed the first concrete street in the USA in Bellefontaine, Ohio where you’ll still find it to this day. 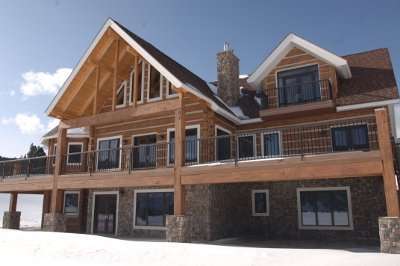 In 1908, Thomas Edison was credited with designing and building the first concrete homes in the United States located in Union, New Jersey. These homes still exist today. The concept of a concrete log home and cabins began in the 1930’s when both The Ahwahnee Hotel and The Sun Valley Lodge were clad using concrete. Although building concrete homes started slow, the use of this amazing, strong, versatile, and durable product is now gaining in popularity.

Our concrete logs can be found on houses, cabins, lodges, and commercial structures in every region of the United States. EverLog concrete home products offer the exact character, texture, and warm appeal of quality handcrafted wood logs. Our products also eliminate the structural instability, costly maintenance, and susceptibility to fire, mold, insects, and other problems that are commonly associated with wood log construction.